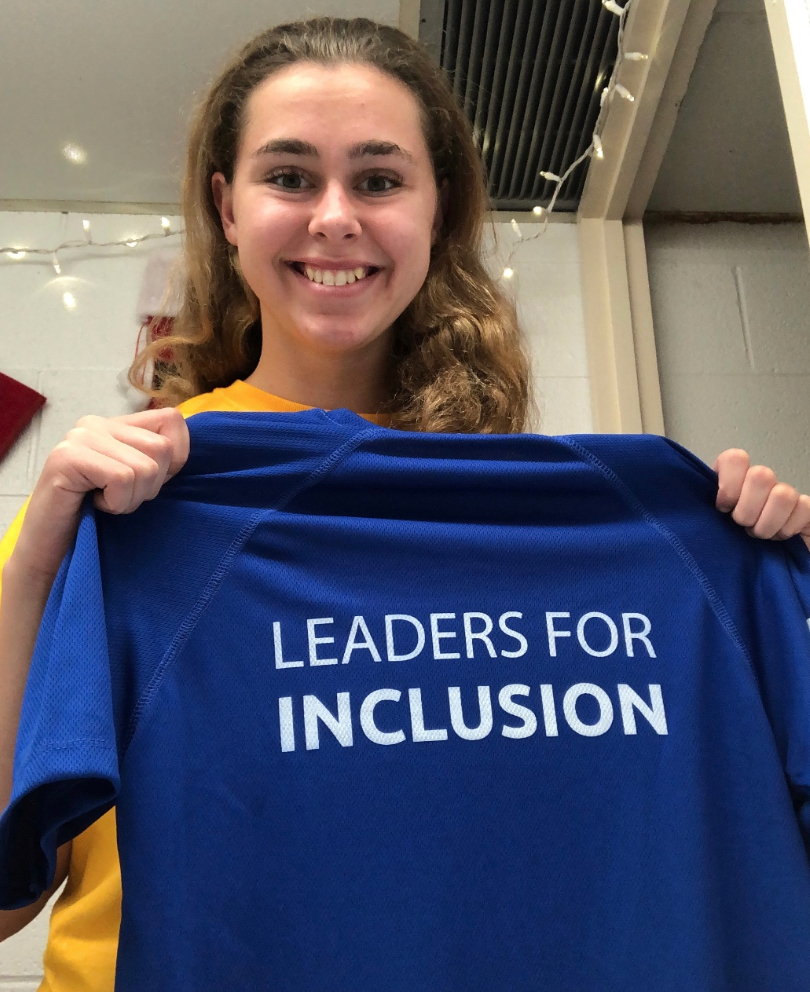 Recently, while attending the Special Olympics World Tennis Invitational in Santo Domingo, I took notice of the theme on the back of many t-shirts–“Stand Up For Inclusion!” I realized how important the Inclusion Revolution movement truly is and I recognized the time is now to STAND UP for inclusion! I understood this because there was a video that went viral showing a 14-year old boy with cerebral palsy being bullied. After watching this video, I reflected back on my time in Santo Domingo. I thought of the speeches I heard and how we all were together celebrating the differently abled. Tim Shriver, Chairman of Special Olympics International spoke of bringing the world together. He talked about inclusion, acceptance and how the Special Olympics athletes can lead the change needed in the world, a world where unity, tolerance and respect exists. I had so much hope after listening to Tim’s speeches because as he said, we saw it, we saw it in Santo Domingo! Then, I saw the video of Brett Corbett and it made me incredibly sad!

Next, something happened, the response against the bullying overpowered any negative glorification that was desired. The video showed how unacceptable it is to treat others this way. This is not acceptable behavior and it is up to us to stop allowing it to exist. What we saw after the video went viral was apologies and support towards Brett. We saw a community come together! We need to keep this inclusion revolution movement going in the right direction. We need to educate others on what it means to be an inclusive society.

A few years ago, after being made fun of once again, my daughter, Bree decided to Stand Up and advocate for herself and stop hiding her Autism. Then, she decided to educate others by going to junior high schools to talk to the students about not bullying and accepting others. She began the assembly by singing, often choosing a popular song that had a lot of meaning to her. For example, she sang the song Try by Colbie Caillat because she wanted the students to be proud of who they are and not change because someone else may not like you. She would sing first and then tell the audience of her challenges, and proudly admit she is a Special Olympics athlete. She hoped by telling her story she would prove why we should never judge someone because of a label or without knowledge of who they really are. If she came out and just talked about her challenges or diagnoses, they may never see her talents or abilities, they may never see the person she truly is. Bree would also share of the times she was excluded, ignored and bullied. She would thank the students who were welcoming to all and try and help those who were struggling. Often times the students were shocked to learn of her challenges and were proud to share with her the challenges they face. This was a time that they did not have to be ashamed or hide their challenges. They were happy to tell Bree that they were just like her.

As our amazing trip to Santo Domingo ended, we were again reminded of how far society needs to go. When asked a question by a TSA agent, Bree hesitated because she has a processing delay. When there is a lot of external noise and activity, Bree may have trouble processing what is being said. At this particular time the agent rolled her eyes at Bree, as to be frustrated with her. This is a behavior that Bree has seen all too often. I immediately stepped in, which upset my daughter who is trying to become independent. I informed the agents that she has Autism, wanting to complete the process without further negative attitudes. Bree becomes upset with me and for good reason. She tells me she deserves to be treated with respect, that everyone does! She wants to be respected for the person she is and not because she has a label. I fully agree with her, but I don’t believe we are there yet. I do believe if we keep standing up for inclusion, we can get there! Please join us and STAND UP FOR INCLUSION, the time is NOW!