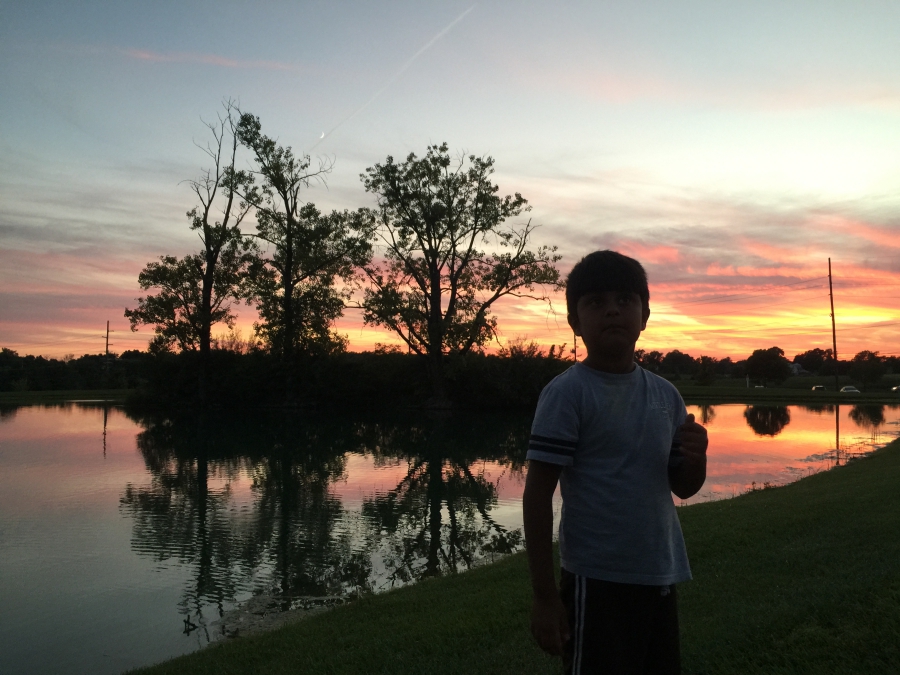 Those who know me think, as a mom of a child with autism, I’m generally positive in my outlook. I would like to believe that is true. However, in me hides a realist–not to be confused with a pessimist. The realist me rears its head every now and then and I kick it back in, hoping it will stay there defeated and quiet. But some days it bounces back with so much strength that it clouds the sunshine in my eyes. Even on those days I listen to it’s whispers, quietly shed a tear, and go on with my life pretending it’s all going to be ok, and it might, but it leaves behind that doubt that lingers on — a doubt that forms a knot in my heart and makes it a little harder for me to breathe. It was one such day when my optimism had to bow down before my realist self.

My son presents himself as someone with cognitive challenges. For the last few years, we’ve been trying different approaches to teach him the basics of academics — letters, colors, shapes, and numbers, and he has not shown much progress. He might have it all in there in him, but he has not displayed that skill in the world around him. The realist me knew much earlier that we need to move on and try different skills — that we need to stop showing him those letter flash cards and switch to more functional skills, but the optimist in me would not listen. It insisted that we keep trying and that one day he will know his As from his Bs and his circles from his squares. We kept pushing, year after year until finally, during an assessment his therapist suggested what I knew in my heart but I never wanted to hear. She said that since they don’t see much happening, we should move on from basic academics and start focussing on functional skills- -things like typing his name, self help skills, safety, learning sight words, etc. I knew she meant well. I knew she was being practical and I nodded all the way because I knew we had to move on and that we cannot be stuck on one thing forever, but someone saying it out loud almost felt like a blow to my face. Nodding in agreement felt like I’m giving up on my son , that I’m undermining his abilities, and that I no longer believe in him. I felt guilty. Most days I’m all charged up and ready to change the world for him but today was not that day. Today made me realize how much I’ll have to let go and how often I would have to sit quietly across the room and have some professional tell me that we need to give up on something and how many times I would sit there in agreement because I know she is probably right, all this while hoping that my child will someday prove all of us wrong. That evening I cried. Really hard. How some events can build up a storm of emotions that seem to uproot your confidence, your belief…events that seem so ordinary from the outside but have such an extraordinary effect on us!

I realized how often I might have to move on to something else, something more important, and give up on something which is essential but still somehow not important enough for my son.

Over the years I’ve learnt to change my expectations and realign my dreams, but ever so often I let my defence down and then my “It’s-all-going-to-be-ok” world gets knocked down by my reality. I hope one day my son will understand that I did not give up on him: I chose my battles so that I could ensure a better tomorrow for him. Some days I feel guilty and some days I feel empowered. It’s a roller coaster that we are on and we don’t know if we are ever getting off.

I know tomorrow will be another day and tomorrow my world will again be lit up with my optimism and that my son will give me hope with his brilliance that shines in his eyes and that day I’ll be better able to handle the realism that made me slump in despair. But today, I cry. I cry because I feel like I’m giving up on my son when I know I never can!