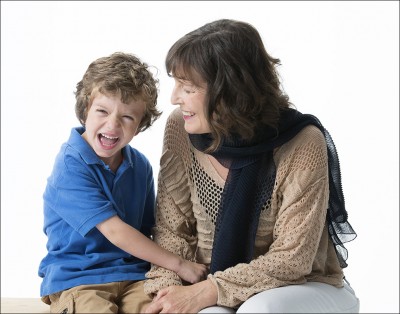 When I asked my son, Michael, age 10, to explain what it feels like to have “sensory processing disorder, (SPD)” he said that the sound of a food blender sends him sprinting into a different room; the feel of a wool sweater against his skin “is like a bomb to me.”

For Moira, age 10, loud noises are difficult.   And it’s hard for her to sit still for more than an hour at a time.

Watch this video to see Michael and Moira talk about their sensory challenges:

Like Michael and Moira, kids with sensory processing challenges generally are over- or under-responsive to stimuli, including touch, sounds, smells, and tastes. They get antsy if they’re required to sit still and they melt down if they’re exposed to too much of the type of stimulation that upsets them. For example, Michael jumps into “fight or flight” mode if kids on a playground are too rough and accidentally hit or bump into him. It may seem like he’s over-reacting, but he feels threatened.

Often, these kids are also emotionally sensitive. On a good day, that means Michael can sense when a family member is about to cry. On a bad day, it means he easily feels left out or rejected.

Sensory kids tend to get in trouble at school because they get upset easily and struggle with sitting still and keeping quiet. “It’s like these kids have a revved-up engine. They need to get that energy out,” says Christy Coss, a Portland pediatrician who homeschools her two sensory-sensitive children.

Studies have shown that, like Michael and Moira, as many as one in six children have some type of sensory processing challenge, according to the Star Institute for SPD in Denver.

However, with occupational therapy, the proper support from parents, and other strategies, sensory kids can learn important coping skills, build confidence, and thrive, says Lisa Porter, a Ph.D occupational therapist who is owner of Sensory Kids LLC in Portland, Ore., and a faculty member of the STAR Institute for SPD.

In fact, a large percentage of sensory kids are gifted. A pilot study by the STAR Institute found that 35 percent of the kids in one large sample of gifted children showed symptoms of SPD. The link between SPD and giftedness is due in part to the fact that gifted kids’ brains are wired differently, explains Porter.

“You have all these connections in the brain, and at some point they are whittled so the remaining ones get stronger. You keep the ones you use the most,” she explains. This “whittling” or “pruning” generally happens in toddlers and adolescents. However, in gifted kids, this pruning happens later, which helps explain why gifted kids often have sensory challenges. “They are really intelligent in some ways but can experience delays in executive functioning and other issues,” Porter explains.

These often-bright but mis-understood kids need to learn tools that help them identify how they feel, communicate their feelings, and calm themselves when they’re upset, says Porter.

At Sensory Kids, Porter and other occupational therapists work with kids in gyms, where they often expose children with sensory challenges to the stimulation that’s difficult for them. Therapists get kids excited, help them talk about how they’re feeling, and give them tips for calming down if they’re feeling overwhelmed.

This work aims to show kids how to cope with the fact that they have lower parasympathetic nervous system functioning, says Porter. It’s hard for them to calm down.

It’s also important for parents to learn strategies for helping their children. At Sensory Kids, therapists teach parents to “co-regulate” their kids. That means that when their kids are upset, parents might lower their voices, ensure stimulation is low, and try to soothe their children. “Kids pick up on your cues. Through those kinds of interactions, kids learn to self-regulate,” Porter says. When they self-regulate, they calm themselves.

Some children intuitively develop their own ways of self-regulating. For example, Michael reads when he’s feeling overwhelmed. He carries books with him in his sensory backpack, which also includes putty and fidget toys. Moira carries a backpack with similar items.

Once kids begin to better understand what’s challenging for them, they learn how to communicate their feelings with teachers, parents and friends. For example, if I’m at a noisy restaurant with Michael, he’ll often cover his ears and say he’s overwhelmed. If we’re attending a loud, crowded, event, he’ll ask for a book or some putty in his backpack to help him relax.

When kids begin to communicate this awareness, it’s critical for adults to respond by helping create a comforting environment, says Porter.

That’s exactly what Marcella Horness did for her son, Milo Horness, age 9, of Portland, Ore. A teacher’s failure to recognize Milo’s sensory sensitivities led him to act out in school, as many sensory kids do. His teacher then picked on him, undermining his confidence and success in and out of school. When Marcella pulled him out of school and began homeschooling him, she listened hard to what he said he needed in order to feel comfortable. Soon, he began to feel more in control of his environment and his confidence soared.

“Milo teaches me what he needs,” says Horness.

Helping kids achieve this type of awareness—and then communicate it, as Milo does–is a big step, says Porter. And it’s often the result of occupational therapy, as well as involving parents in the therapy process. Porter has seen big improvements in the sensory-sensitive kids she’s worked with over the years.

“I have some kids that I’ve worked with for 7 years. I have been interviewing them and watching them grow,” Porter says. “It’s pretty amazing to see how much they’ve become attuned to their own bodies and gained the tools they can use to support themselves.” 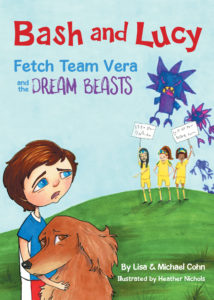 Lisa Cohn is an award-winning writer and co-author of “Bash and Lucy Fetch Team Vera and the Dream Beasts,” which she wrote along with Michael. It features a sensory-sensitive boy, Bash, who relies on his dog, his sister-librarian, and his friends to help him cope with challenges. Visit Lisa at www.BashAndLucy.com