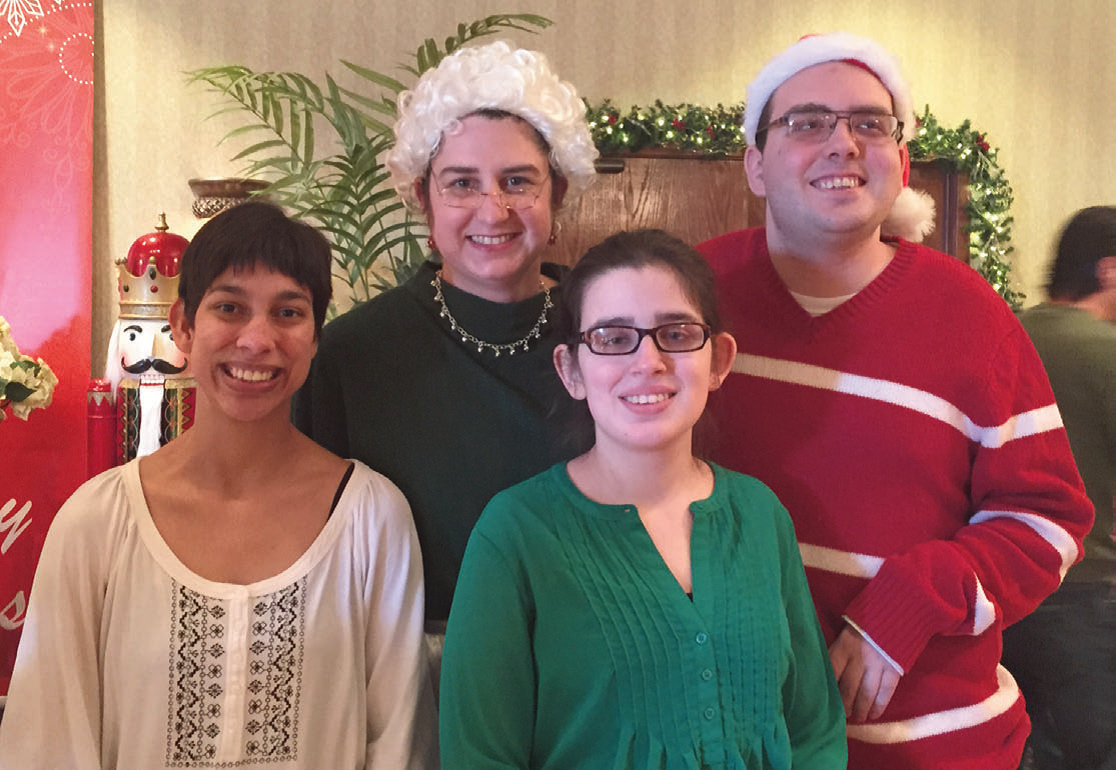 Ani has friends through Special Olympics; but, we always have to remind her to make conversation and be part of the group, since she is content to watch the activities around her.

friendships have always been difficult for Ani. She would much rather be with adults than people her own age. I think it’s because adults have always shown more patience when speaking with her. At times, Ani can be difficult to understand. When she doesn’t speak slowly and clearly (concepts we work on every day), her language is garbled; as a result, most children grow impatient and walk away, and some adults just smile and nod, having no idea what she actually said. Also, adults are quick to praise her which she loves; whereas, those close in age to her don’t offer compliments as part of typical conversation.

When we brought Ani home from the Bulgarian orphanage in 2001, she was five years, 11 months. As a result of Ani’s years in the orphanage, she learned to soothe herself and developed coping mechanisms for trauma; such as, patting her chest, rocking and rapid finger movements. Since Ani’s challenges were extensive and exhausting, we began to see a psychologist to help her and support us. During one of our sessions many months later, I explained that Ani seemed to have a difficult time relating to children her own age and gravitated toward much younger children or young adults. The psychologist thought that perhaps, around younger children, Ani found herself to be a capable equal and maybe around older kids, she appreciated the direction and guidance they provided.

In addition, Ani had never learned to play with toys. There was a “toy room” in the orphanage where the children were allowed to go when meeting a potential adoptive parent. When I first met Ani, I met her in the toy room. She was so overwhelmed by the toys that she hardly noticed me. She wanted to push the baby stroller, listen to the animal noises on the Speak n’ Say and watch the balls bounce in the Corn Popper. In one session with our psychologist, I lamented about her inability to play with toys. He set up a doll house (I wanted to play with the doll house!) and gave Ani a female figure and gave me the male figure. She picked it up, looked at it in wonder, and looked at him in confusion. I tried engaging her by asking her doll to sit with mine on the couch. You could see her eyes moving from him to me; searching for some kind of sign of what to do and questioning what we wanted. She was lost. She carefully placed the figure on the floor, grabbed one of the little plastic chairs from the house and lay on the psychologist’s couch. She began to gently stroke the chair. I was shocked. What little girl wouldn’t want to play with a wonderful doll house, complete with furniture, dolls and their accessories? I began shaking my head and bemoaned, “What’s wrong with her? Why won’t she play with it? This is so weird!” He responded, “Peg, this isn’t weird. This is deprivation.” It was at that point that I knew Ani’s challenges were severe. Children use toys to make friends and build friendships. Ani didn’t even know what to do with a toy.

Our son, Max, tried to play with Ani and offer his expertise on being the big brother. He was 10 when Ani came home to us, and even though he wanted a little brother, he tried to be the role model. Unfortunately, I was suffering from my own torment and guilt of “destroying” my family because I had brought home a “damaged” little girl. I didn’t give Max the space to teach Ani how to play, nor did I give him the opportunity to learn how to be a part of her life.

We began in-home intensive therapy when Ani was eight years old. All of her therapists were college-age students, or slightly older. One of our therapists, Corrine, actually went to recesses with Ani throughout the school day. Most days, Ani just ran around the perimeter of the playground by herself. However, a plan was created where Corrine offered children stickers to include Ani in their games or interact with her. The children loved the stickers and Ani began to emulate play.

In addition, I scoured rummage sales for age-appropriate toys. Ani wanted to play with baby toys – anything that made noise and had bright, cheerful colors. But, I bought toys meant for a typical eight-year-old girl: dolls, a doll house, crib, high chair, stroller and make-up vanity. I bought all the things I loved as a little girl and hoped that eventually Ani would love them, too. One day as I walked past Ani’s bedroom, she was feeding her doll, Emily, in the high chair. Then I suggested we take Emily for a walk in her stroller. Play was beginning to sink in.

When I would host birthday parties for Ani, her therapists always attended because they cued and prompted Ani on how to make conversation. Her therapists wrote social stories for her and all play was directed so Ani could learn how to play and what language to use when playing.

We immersed Ani in our community and signed her up for Special Olympics. As she grew, her athletic gifts became apparent. She was a determined runner and a good swimmer. As a member of Special Olympics, Ani took part in track, bowling, gymnastics, volleyball, basketball and tennis. We refer to the Special Olympics athletes as “Ani’s people.” Among this group, we don’t have to worry about her behavior or what she might say. Her peers  “understand” her as best as they can and, as parents, we are all flexible, patient and sympathetic.

The swim manager became her swim mentor. Alana explained appropriate behavior on the swim deck, demonstrated proper etiquette at swim meets, and rewrote Ani’s swim notes and sent them home with her. She went with Ani to the pasta parties and introduced Ani to her friends so Ani had a lunch group. However, Alana was a senior and, the following year, things changed. Ani didn’t have a mentor and the swim captain was expected to help her out.

While Ani muddled through, it was clear she was lost without Alana and the other girls weren’t interested in picking up the slack. By junior year, Ani was no longer a team member. Yes, she was on the roster, and yes, she swam with a group of girls. But, as we watched from the gallery, it was obvious she was alone.

In Ani’s senior year, an email from the parent of the captain was sent to the swim girls. The parent asked that the girls pick up all of the “stuff” they had left the night before. Apparently, there had been a swim team sleepover and all members of the swim team were invited – except Ani. She was the only one from the team who wasn’t invited. When I emailed the parent and asked for clarification, she apologized and said Ani’s invitation must have been “lost” in the mail. Thankfully, Ani didn’t understand their behavior towards her and I made sure the lost invitation was never mentioned.

Finally, “friendships” in the sense that we understand them, continue to elude Ani. She does not have a “best” friend or someone to share girl secrets. She has friends through Special Olympics; but, we always have to remind her to make conversation and be part of the group, since she is content to watch the activities around her. In addition, we hope that someday Max and Ani will be able to form a friendship – whatever that may look like – and take the role of brother and sister. Lastly, we are appreciative for those continued opportunities to support Ani in learning what friendship is and how to make friends, and we are indebted to those who help us along the way.•

ABOUT THE AUTHOR:
Peg Grafwallner adopted Ani from a Bulgarian orphanage when she was five years, 11 months. Not knowing what to do or where to go for assistance, her family began a journey to learn, ask and eventually educate. There were extremely dark times when they felt completely alone. But, Ani’s inspiring smile and beautiful spirit has kept the family grounded.