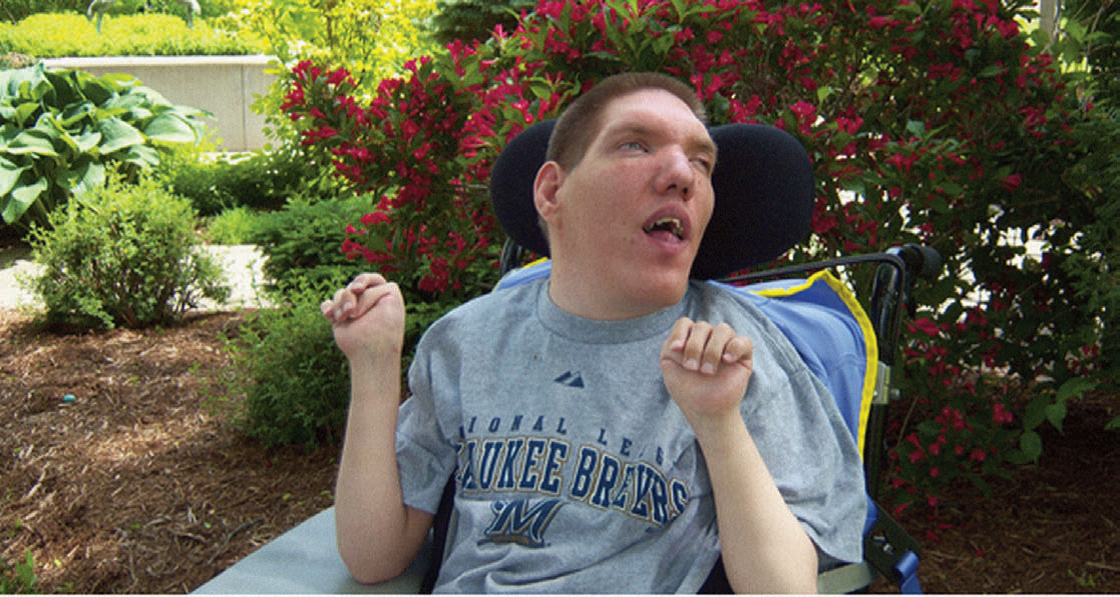 The Olmstead decision, which interprets the Americans with Disabilities Act, is so clear that persistent misinterpretation by federal agencies can only be described as purposeful.

The 25th Anniversary of the American with Disabilities Act (ADA) on July 26, 2015 offers an opportunity to set the record straight about what the landmark Supreme Court decision, Olmstead v. L.C., 527 U.S. 581 (1999)1, actually says about the ADA’s “integration regulation.”

The ADA’s “integration regulation” states:
“a public entity must administer services, programs, and activities in the most integrated, least restrictive setting appropriate to the needs of qualified individuals with disabilities.”
[28 C.F.R. § 35.130(d)].

The Olmstead Court considered whether the ADA’s prohibition of discrimination by a public entity required “placement of persons with mental disabilities in community settings rather than in
institutions.” (Olmstead at 587)

Since 1999, however, federal agencies and some advocacy organizations have lost sight of the individual when considering the rights established by the Olmstead decision. A thoughtful decision which balanced individual need, choice, and the state’s resources against a statute that also required consideration of individual needs, has been discarded for an interpretation that the ADA allows only for community placement.

In sharp contrast, both the Olmstead decision and the ADA eschew absolutes. Neither support only community care or only institutional care:
[O]ne conclusion seems plain: some disabled individuals can benefit from community placement, and some may not. While all disabled are covered by the ADA, different remedies are recognized by the statute for different degrees of disability.” [Brief of VOR et al., as Amici Curiae, in Olmstead v. L.C., at 6 (February 3, 1999)]

The Olmstead decision and the law are so clear that persistent misinterpretation by federal agencies can only be described as purposeful.

THE HISTORY OF THE OLMSTEAD DECISION:
LOIS CURTIS, ELAINE WILSON, AND VOR

In 1995, two women, Lois Curtis and Elaine Wilson, courageously pursued their right under the ADA and its integration regulation to receive person-centered services and supports in the most  integrated setting appropriate to their individualized needs. Their lawsuit against the State of Georgia, Olmstead v. L.C., made it all the way to the Supreme Court, and in 1999, culminated into
what is now recognized as the landmark decision interpreting the ADA’s Title II “integration regulation.”

VOR2 is a national, nonprofit advocacy organization that has for 32 years supported the right of individuals with intellectual and developmental disabilities (I/DD) to receive services and supports according to their individual choice and need, regardless of setting. VOR and 141 of its affiliates and supporting organizations stood by Lois and Elaine, filing an Amicus Curiae brief in support of their right to receive community-based supports, while also arguing that the ADA does not mandate a singular placement option – the community – for all citizens with disabilities. Instead, VOR argued that the ADA’s protections extended to individuals with “degrees of disability” who are entitled to receive services, supports and accommodations according to what is most “appropriate to the needs of the individual,” which may sometimes be an institution.

Quoting VOR’s brief, the Court agreed:
“‘Each disabled person is entitled to treatment in the most integrated setting possible for that person – recognizing that, on a case-by-case basis, that setting may be in an institution.’”
Olmstead v. L.C., 527 U.S. 581, 605 (1999) (quoting Brief of VOR et al., as Amici Curiae at 11).

The Court was clear that the ADA’s integration regulation does not mandate that people with disabilities be forced from facility based care (“institutions”) when doing so was not appropriate to individual needs or contrary to individual choice.

The Court found that Lois and Elaine had suffered discrimination under the ADA, pointing to Lois and Elaine’s choices, their treating professionals opinion that for them community placement was appropriate factored directly into the Court’s holding, and the fact that the State had agreed to provide such services. Accordingly, the Court held community placement is only required (not always required), and institutionalization is only “unjustified,” when – “[a] the State’s treatment professionals have determined that community placement is appropriate, [b] the transfer from institutional care to a less restrictive setting is not opposed by the affected individual, and [c] the placement can be reasonably accommodated, taking into account the resources available to the State and the needs of others with mental disabilities. Olmstead, 527 U.S. at 587 (emphasis added).

The Court expressly recognized an ongoing need for facility based care (“institutional” care) for some individuals with disabilities, stating –
“We emphasize that nothing in the ADA or its implementing regulations condones termination of institutional settings for persons unable to handle or benefit from community settings… Nor is there any federal requirement that community based treatment be imposed on patients who do not desire it.” Id. at 601-602.

Olmstead is often incorrectly referred to as a community-only/deinstitutionalization mandate by disability advocates. Federal agencies, such as the Department of Justice (DOJ), the Administration on Intellectual and Developmental Disabilities (AIDD), the Centers for Medicare & Medicaid Services (CMS), and the National Council on Disability (NCD) perpetuate this misinterpretation of the Olmstead decision and pursue forced deinstitutionalization.

NCD, an agency within the U.S. Department of Health and Human Services, has published “Deinstitutionalization: Unfinished business” which encourages the closure and displacement of individuals with profound disabilities from homes of four or more residents, without regard for individual choice and need and contrary to Olmstead.

AIDD, within HHS, has likewise denigrated a proven system of facility-based care through lobbying, class action lawsuits and other tactics in support of forced deinstitutionalization, aimed at evicting the most vulnerable people with I/DD from their facility homes, under the guise of “integration” for all, contrary to Olmstead.

CMS finalized a new regulation that defines “community” settings for the purpose of receiving Medicaid Home and Community-Based Services (HCBS) funding. Although the rule does not require the elimination of congregate settings for providing residential and other services to people with I/DD, it certainly encourages such closures. For people with the most severe disabilities and highest needs, this may very well prove costly to states, if they maintain the same level of service for these individuals in non-congregate settings. Instead, the historical and more likely reaction by cost-conscious states will be to reduce services by eliminating congregate settings based on the allegation that the need for them has decreased when it has not, or reducing services by eliminating congregate settings just to avoid having to justify them to CMS and ideologically motivated advocacy groups, regardless of the needs and preferences of the individuals involved. Closing community congregate settings in response to the new rule will add to the existing gap in services left by historic deinstitutionalization. As a result, the whole system of care is likely to be undermined in the name of inclusion and integration, and contrary to Olmstead.

The DOJ’s Civil Rights Division is charged with enforcing “federal statutes prohibiting discrimination on the basis of race, color, sex, disability, religion, familial status and national origin,” including the ADA. Its technical assistance website on Olmstead is titled: “Olmstead: Community Integration for Everyone”3

These are not mere words. DOJ’s Olmstead enforcement actions bear out an interpretation of  Olmstead that mandates “community integration for everyone” by pursuing forced  deinstitutionalization, without any regard to the choice or needs of affected individuals, contrary to Olmstead. Consider U.S. v. Arkansas4 in which Federal Judge J. Leon Holmes in the first paragraph of his decision dismissing DOJ’s claims wrote:
Most lawsuits are brought by persons who believe that their rights have been violated. Not this one. The Civil Rights Division of the Department of Justice brings this action on behalf of the United States of America against the State of Arkansas and four state officials in their official capacities alleging that practices at Conway Human Development Center violate the rights of its residents guaranteed by the Fourteenth Amendment, the Americans with Disabilities Act, and the Individuals with Disabilities Education Act. All or nearly all of those residents have parents or guardians who have the power to assert the legal rights of their children or wards. Those parents and guardians, so far as the record shows, oppose the claims of the United States. Thus, the United States is in the odd position of asserting that certain persons’ rights have been and are being violated while those persons—through their parents and guardians—disagree. U.S. v. Arkansas, 4:09-cv-33 ( 2011, E.D. Ark.) (emphasis added).

Over 150 media reports in more than 30 states in the past two decades reveal systemic concerns in small settings for people with intellectual and developmental disabilities (I/DD), including deaths, abuse, neglect, isolation, and financial malfeasance.5

Like the integration regulation itself, the Supreme Court’s decision requires consideration of an individual’s needs, while also holding that individual choice also matters. However, don’t take our word for it. Read the Olmstead decision. 6

There are tragic outcomes that lie in the wake of forced deinstitutionalization, which since 1999 has been improperly pursued in Olmstead’s name.

Lost in pursuit of the “integration” ideal is concern for the individual. Person-centered planning, which is held up as the ideal by the government, advocates, and nonprofit organizations alike, is short-changed by system change advocacy to eliminate specialized care options for those who need it, which is exactly what the Olmstead court cautioned against. Instead, Olmstead and the ADA reinforce the right of choice, requiring a level of integration that meets the needs of the individual. This right of choice is preserved only if we maintain a full range of options to meet the full range of needs for a diverse population.•

ABOUT THE AUTHORS:
Jill Barker is the First Vice President of VOR. She has two sons with profound intellectual and developmental disabilities living in a community setting in Michigan.

David Hart, from Massachusetts, is the Chair of VOR’s Legislative Committee.

Tamie Hopp, from South Dakota, is the former VOR Director of Government Relations & Advocacy and currently a volunteer for VOR.

More information can  be found at www.vor.net