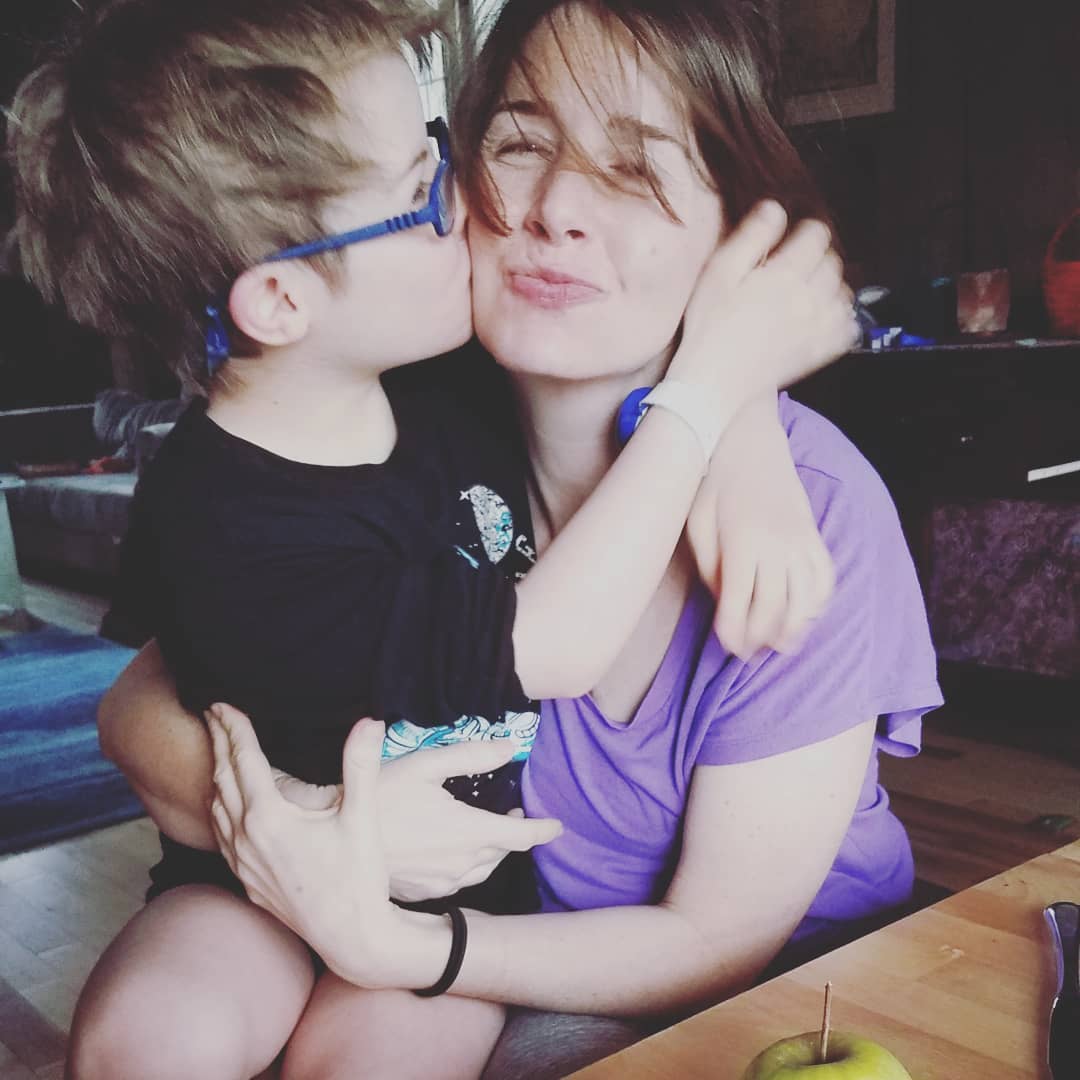 Online schooling has not gone well for Erin Croyle’s kids. Croyle and her husband have three children, ages 10, 7, and 5. Arlo is the oldest. He has Down’s Syndrome, ADHD and some hearing loss.

“It’s kind of, just,” Croyle stops, let out a deep sigh and continues. “It’s, it’s awful,” she said. “And it’s not for a lack of the teachers doing an amazing job. And it’s not for a lack of everyone trying their hardest and their best.”Croyle is a member of the Ithaca School Board and works for an organization that advocates for people with disabilities and their families.

This fall Ithaca City School District is allowing parents a choice. They can send their children back to school five days a week, for only a few days or not at all.

Croyle said her three children should go to school five days a week, but it’s not possible. Arlo’s doctors say it’s not safe to send him or his siblings back to school. No one understands the risks should Arlo contract COVID-19 or if there are any long-term effects. So, all the kids will learn at home.

Croyle said there are limits to how much she can get Arlo to engage with online learning.

“I can get him to sit for his class meetings. But to actually do the work that they assign? I found myself doing it for him at times and then I thought ‘this is ridiculous’ and I just stopped,” she said.

At school, Arlo had a one-to-one aide who worked with him during his classes.

The educational aides who work with children who have special needs are trained specialists. Croyle has no such training.

By law, when schools are closed, children with special needs must still receive the same educational supports as they would get if schools are open. Functionally, lockdown restrictions have made that impossible for some children.

“Arlo talks about a couple of his close friends all the time. But we’re not able to see them because they aren’t at the same level of quarantine,” Croyle said.

She said she’s trying to accept the idea that this school year will be a lost year. She worries about the affect that a whole year out of school will have on all her children’s development.

“I kind of fear that he’ll be even more of an outsider, not just because he’s lost out on friendships but because of neurotypical kids not being exposed to kids with disabilities for a year,” she said.

The months of isolation and attempts to home school her children have taken their toll on Croyle as well.

“I think it’s important for people to know that for the first time in my life I’m taking an anti-depressant,” Croyle said. “I saw a doctor, I didn’t even expect for it to come up. I just explained how hard everything is and she’s like, ‘Listen, there’s no shame in this. Go for it.’”

She said the medication has helped. She’s less irritable but she admits sometimes she still gets overwhelmed.

“I was in tears this morning just thinking about it,” Croyle admitted at one point. “Because it’s so overwhelming. It’s so impossible and it’s, just, it’s, there’s no end in sight.”

Despite all of the difficulties and frustrations, Croyle believes her family is lucky. She and her husband have jobs, they can work from home and when the stress becomes overwhelming, they rely on each other.

She also reminds herself that her family is not alone. There are many other parents of kids with disabilities dealing with the same problems. That gives her a little comfort.

Photo Above: Erin Croyle and her son. Arlo has Down’s Syndrome and some other medical issues. His doctors say it’s not safe for him or his siblings to return to school this fall.