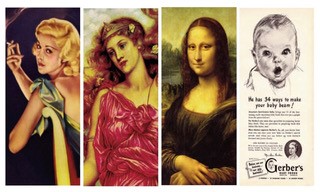 The secret to the joys and rewards of supporting individuals with special needs is best shared by Dejan Stojanovic: “For a moment at least, be a smile on someone else’s face.”

When I was in college I always had two well-worn, dog-eared books close by. One was the Workshop Manual for my 1953 MG roadster which seemed to always announce that its most current ailment could be found somewhere in the 268 oil soiled pages. Finding it and fixing it were two different things.

The other book was a 1940 first edition copy of Farewell, My Lovely by Raymond Chandler. Chandler was a British-American novelist and screenwriter who wrote detective stories featuring the Los Angeles private eye Philip Marlowe. I wasn’t necessarily a fan of what they called his style, “hardboiled, noir fiction,” but I kept the book because of one sentence.

Marlowe is investigating a dead-end, missing person case and is in hot pursuit of Moose Malloy, a wanted felon. The gumshoe’s pursuit leads him to Malloy’s ex-girlfriend Velma Valento. Chandler describes Marlowe’s take on seeing Velma for the first time. “A blonde to make a bishop kick a hole in a stained glass window.” I remember reading that line hundreds of times over. It clearly described a face that could probably never be forgotten. I wanted to find Velma or a version of her. I never found her, but I did keep that MG for 30 years.

It’s amazing how compelling we find some faces to be. It’s certainly not a new phenomenon drummed up by Hollywood or Madison Avenue.

Another killer line that described an unforgettable face came from the English playwright and drinking buddy of Shakespeare, Christopher Marlowe. The line comes from his play The Tragic History of Dr. Faustus and accounts for one of the most famous lines in English literature, “The face that launched a thousand ships.” The line describes Helen of Troy who, according to Homer’s The Iliad, was the wife of the king of Sparta. She was so beautiful that the Greek army went to Troy and fought the Trojan War to win her back from her lover Paris. Of course Helen’s face didn’t really launch any ships; the structure of the sentence is known as a metalepsis; a “stylish flourish that skips from X to Z, bypassing Y.” But from the depth of that sentence she might have given Velma a run for her money.

Next on the hit parade of “mega-faces” is that belonging to an Italian girl named Lisa. Her husband Francesco  commissioned a painting of her to display in their new home. Apparently the artist did a bang up job and captured her essence. Philip Cohen, writing in the journal The New Scientist describes just how effectively the artist raised the bar. “The subject’s expression, which is frequently described as enigmatic, the monumentality of the composition, the subtle modelling of forms, and the atmospheric illusionism were novel qualities that have contributed to the continuing fascination and study of the work.” Apparently the painting exceeded Francesco’s expectations. It has been described as “the best known, the most visited, the most written about, the most sung about, the most parodied work of art in the world.” The painting of Lisa Gherardini is better known as the Mona Lisa and, to this day, how the artist Leonardo Da Vinci pulled it off without leaving any impression of visible brushstrokes still challenges art historians and scientists alike.

Mehmet Murat Ildan, the Turkish playwright offers, “To have a meaningful look on your face, you need to have meaningful emotions deep inside you!”

I’m not sure that in 1928, when the face of Ann Turner Cook was selected to launch a brand of baby food (not a thousand ships) that they were looking for a face that had “meaningful emotions deep inside.” They wanted a lovable, bright-eyed cherub of a baby; and they got one.

At the suggestion of their pediatrician, Dorothy Gerber began making hand-strained food for their seven-month-old daughter Sally. Dorothy’s husband, Daniel Gerber, saw a promising business opportunity. Gerber Products became a major international company with more than 190 products in 80 countries, with labeling in 16 languages. Gerber is a major player controlling over 80 percent of the baby food market in the United States. Early on, Gerber held a  contest to find a baby’s face to be the central figure in their marketing campaign. One of the submissions was a simple unfinished charcoal sketch of a neighbor’s baby. The artist, Dorothy Hope Smith, told Gerber that she would finish the drawing if she won. Despite competing with elaborate oil paintings the sketch was selected as the winning entry; with the insistence that Gerber would use the sketch as it was submitted and not completed. The Gerber baby became one of the most recognizable faces in the world; yet the identity of the baby was kept secret for 40 years.

In late November of this year Ann Taylor Cook, aka “The Gerber Baby,” turned 90 years old. She still has a face that puts her in the running with Velma, Helen and Lisa.

When I leave my office at the Orange Grove Center and walk down the halls I see lots of faces. Faces that may not compel you to launch a fleet, kick a hole in a stained glass window, or stock up on pureed prunes. But they are compelling, inviting and unforgettable. They are those things because the individuals are those things. Karl Lagerfeld, one of the world leaders in design and beauty, recently shared the secret about modeling. “The secret to modeling is not being perfect. What one needs is a face that people can identify in a second. You have to be given what’s needed by nature, and what’s needed is to bring something new.”

The faces at Orange Grove are new. Day in and day out they offer all of us something new. Something new that we can discover in ourselves and hopefully provide to someone else. The secret to the joys and rewards of supporting individuals with special needs is best shared by Dejan Stojanovic: “For a moment at least, be a smile on someone else’s face.”